Our long trip from Belitung to almost Singapore - Batam delayed 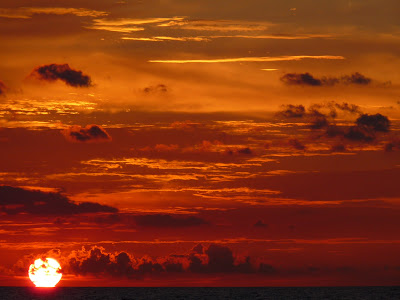 ﻿﻿ Post delayed We had to live Belitung quite early in the morning as the weather was not the best and the journey was very long. According to our Indonesian information 600NM away- well questionable and definitely an overnighter and couple of days. This was my SURPRISE OVERNIGHTER 33hrs to next short stop from Belitung. I don’t like overnighters (not many sailors do) and of course not surprise overnighters .What is one to do if there is nowhere to stop on the way? Keep on sailing and keep on smiling! 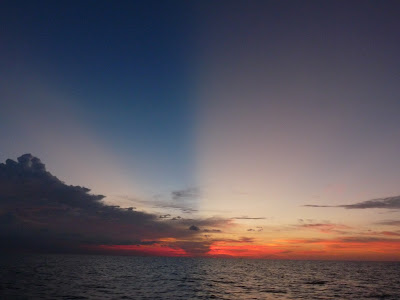 That we did we sailed with a smile for a looong looong time. There were really 4 parts to that journey. The first –the 33hours long overnighter took us to the smallest Lingga Island where we stopped for some rest and as soon as we arrived there was an enormous storm with lighting that was very very frightening welcomed us.We could see all the local fishing boats “running for their life” There is always a chance that a boat can get hit by lightening causing enormous damage. And there is the torrential rain and strong wind. I think we had 4-5 minutes to anchor. 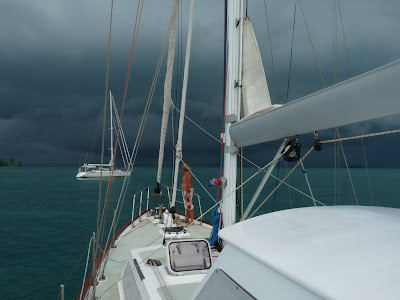 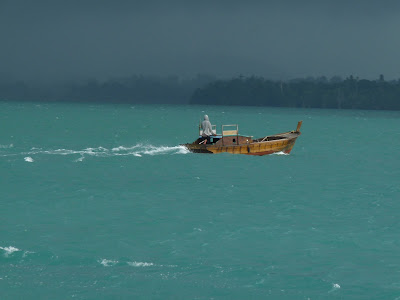 Day 3 we stopped at tiny picturesque P-Periuk Island and had another storm. 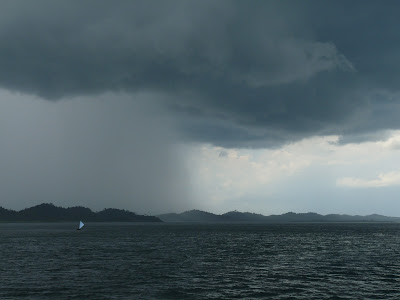 From P-Periuk we continued on to Benan or Bakan which were part of Riau Islands a very old and traditional fishing village. 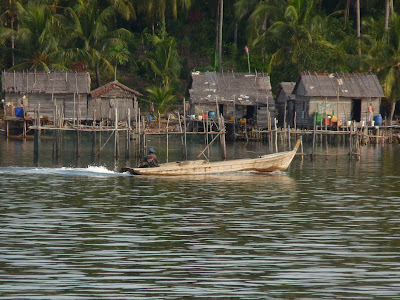 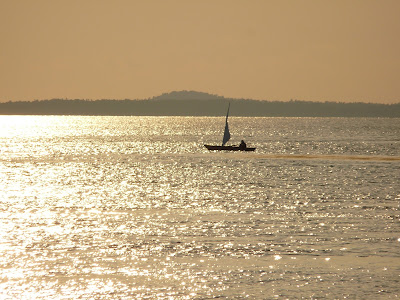 We stayed the night and in the morning just before we took of for another stop before Singapore Apsara our sailing companion developed a loose wire problem. Loose wire is normally a small problem and finding the right wire is priceless. We were on our way soon enough. Unfortunately this part of our journey was more challenging that we anticipated. The intense heat made us really exhausted. It was muggy with little visibility We had to really concentrate as this area was becoming really busy with huge ships. We sat in the cockpit with cold compresses on our necks and hand held electric fans to cool us off. 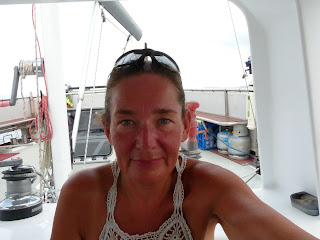 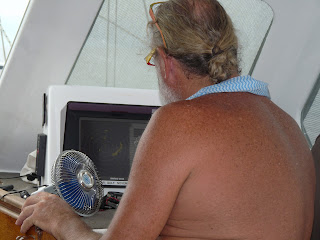 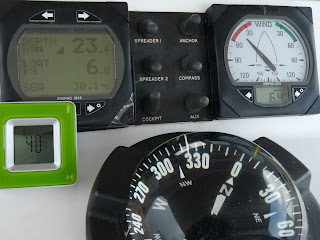 Our boats looked like little peanuts in comparison. There was this storm hovering around us and yes that hit us too. 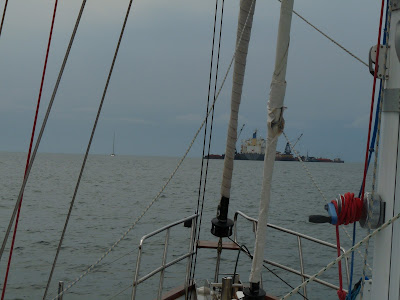 Our chosen place for the well deserved rest did not look safe when we got there-we had to continue rather than stop.Apsara called with a technical problem(yes one of the wires) and we had to opt for Batam Marina which was the closest and safest. Our calls were not answered on any channel by the marina so we just arrived. Hmm a little problem. 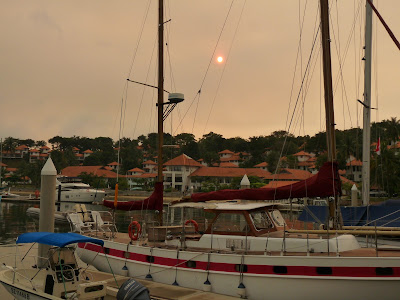 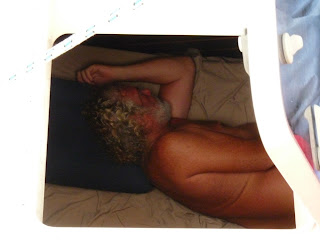 The Harbour Master would not let us stay as we have already left the country according to our documentation. We were placed under house arrest and asked to live in the morning. We were all really exhausted and Apsara still in need of technical assistance. After further negotiations with MANY officials and proposed change of visas we were allowed to stay to attend to technical problems which we did we have enjoyed all the lovely marina had to offer together with pool and sort of 5 star restaurant…oh something we had not seen for such a long time. We even visited the city-quite large and such an incredible contrast to the last village. The difference between them a few nautical miles. Absolutely striking.
Posted by ROBERT and TINKER from www.cognacsailing.com at 10:44:00 PM